What Does The Ah (Amp Hours) Mean On A Battery? 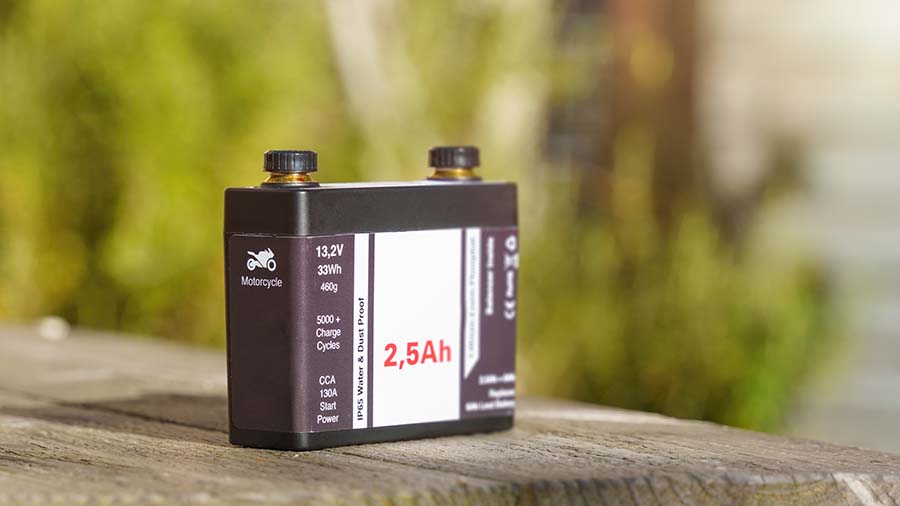 What does the Ah mean on a battery? If you have not got the answer to this question, this writing will provide the most detailed explanation about this element.

You cannot only define the Ah but also explore the differences among distinct batteries among different Ah ratings. Furthermore, its characteristics and use will be available below.

What Does The Ah Mean On A Battery?

What Is An Amp Hour?

Ah stands for Amp-hour to determine the battery’s charge capacity. Amp-hour is used to denote the amount of amperage provided by a battery for an hour.

For example, a 2.0 Ah battery means it offers the power of 2 amps and requires recharging after an hour (continuous use).

When it comes to small batteries like those with standard AA size or personal vaporizers, the Ah rating is commonly available in milliamp hours (also known as mAh). Meanwhile, the larger batteries always have the rating given in Ah.

Last but not least, the deep cycle type’s Ah level is abbreviated as multiple C battery ratings, indicating the number of amp-hours supported by the batteries for a particular time period.

There is a wide range of C ratings offered for different daily consumption of users.

In case you are confused about choosing a relevant number, it’s better to start with the C-20 rating. C-20 is at the middle level of the rating range and provides battery performance in a general sense.

Generally, the Ah rating partly shows us the capacity of the battery. The higher level the battery has, the longer it lasts under the same conditions. Users can ensure that a 10-Ah rating battery can be used for a double-time amount compared to a 5-Ah rating.

Thus, amp hour rating is commonly used to compare at least two batteries. Under the circumstance when other factors are similar, the one with a higher Ah rating requires fewer recharging stops.

Keep in mind that the age of this product reduces its capacity, which influences long-term use. Once the battery life ends faster after each time of recharging, you should have a new one as a replacement.

The uninterruptible power supplies, including backup power systems, deep-cycle, and solar electric batteries, generally have a rating of 20 hours.

It means that the product is discharged to 10.5 volts over that amount of time with the whole Ah supplied as measured.

The rechargeable lithium-ion batteries commonly have ratings at 3,200 mAh. Thus, users can discharge 3.2 Ah, equal to 3,200 milliamps in an hour.

Industrial batteries used for daily duty cycles are rated at six hours or 100 hours in some specific cases. The ones used for cars have the rate of 70 Ah. Thanks to this, calculating capacity for long-term backup Ah requirements becomes easier.

Lead-acid batteries, such as automotive type of battery, has the ampere-hour rating defined by being drained down to zero percent of capacity over an exact time. The manufacturers determine the product’s Ah rating through the amperage level required for getting to 0%.

View more: How Many Amp Hours Is A Car Battery

The Use Of Ampere Hour

There is a decrease in frequently applied nominal voltage when it comes to electrochemical systems like battery and electroplating. Thus, people make use of the ampere-hour instead.

According to the tube current of the X-ray, a similar total dosage would be transferred across diversified periods of time.

For instance, the provided energy’s accurate estimation in a battery system requires the delivery of power integration across the period of discharging to represent energy assistance.

In most cases, the battery voltage varies during discharge time. Meanwhile, the power integration can be approximated through a nominal or average value.

How Can I Distinguish The Battery Ah Of A 2Ah And A 5Ah?

For instance, the 18V 2Ah battery has five cells with 3.6V for each. All these cells are linked in series, which results in a united voltage, not an Ah rating.

Although there is no equation between the power and ampere-hour rating, those with greater Ah will offer slightly more power.

It is because the more cells accomplish a similar task to fewer cells in a smaller battery, the more consistently they can satisfy the demands of the tool.

Thus, a 5Ah battery size with double the number of cells is more powerful than the 2Ah one.

In fact, quick discharging batteries cause a certain amount of heat, which poses a risk to the efficiency of this product. Thus, the ones that last longer will give less Ah and drain slowlier.

For instance, the C-5 rating gets hot more frequently than a C-100 rating and loses potential power more.

You have been equipped with the answer for the meaning of Ah on a battery and further related information about this element.

This knowledge not only helps you understand the product you are using but also allows you to compare a wide range of batteries and pick the most suitable one for your use.

Knowing inside out how the amp hour is used and its impact will improve your experience with your automobiles.